Why your doctor may not have prescribed antibiotics for your illness

Antibiotics overuse can harm you and others 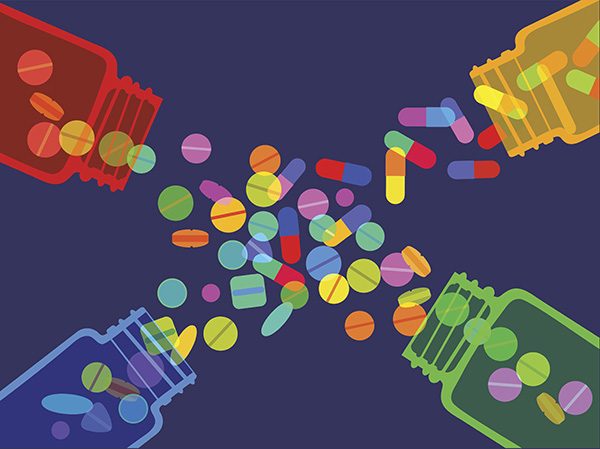 Antibiotics continue to play a key role in the medical care of sick people, preventing spread of infectious and reducing the complications of diseases. But we are seeing a big increase in the number of bacterial infections that do not respond to standard antibiotic treatments, what we call antibiotic resistance. This occurs when the bacteria change in a way that stops the drug from working. Bacteria that change in this way are sometimes able to pass this ability on to other bacteria.

Antibiotic resistance has resulted because we use antibiotics more than is necessary. One example is when we treat infections that are more likely to be caused by viruses, such as cold, flu, bronchitis, most sore throat, and some ear and sinus infections. Another is when we treat less severe bacterial infections such as some forms of ear infection; sinusitis or strep throat infections that are caused by bacteria, but are self-limiting, meaning that are immune system will fight them off often without needing antibiotic treatment. Antibiotics can be helpful in these situations because they reduce the duration of illness by a day or two, but this is a small benefit that comes at the expense of possibly making the antibiotic less useful when it is really needed.

Why do we overuse antibiotics?

We sometimes take a throat swab or carry out a test for an inflammatory marker called CRP. This can shows that the infection is more likely to be caused by a bacteria and it may be useful to receive treatment.

Doctors sometimes feel under pressure to prescribe antibiotics to keep their patients happy, especially if they feel they need to recover as quickly as possible. This may be desirable, but comes at substantial costs to our future health as well as the health of others when antibiotic resistance develops.

Infections often spread from one part of our body to another, such as from our nose or throat to our upper chest (bronchitis). This is quite typical of viral infections. Sometimes we have had antibiotics prescribed after a week or two of symptoms and notice that our symptoms get better and think that the antibiotic has helped rather than the infection was just at the end of its course.

What if the doctor has not prescribed antibiotics and I am not getting better?

We often expect infections get better more quickly in us than they take on average to resolve. Here is a list of the average duration of infections and you will see that cough and bronchitis takes on average around 3 weeks to resolve.

If you have an illness that is becoming worse and you have a persistent high fever (for longer than 3 or 4 days), breathlessness, chest pains or you are generally becoming more unwell, then please see your doctor as soon as possible for a review.

The NHS want you to have the best possible experience of care. Please give your feedback